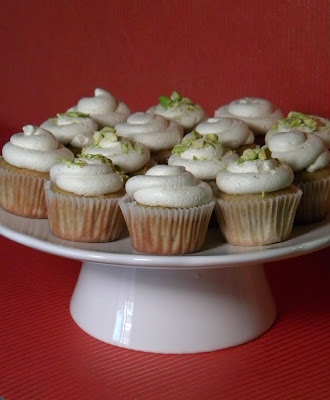 I have to admit...I was pretty scared about the outcome of the banana curry cupcakes. Most people I told were skeptical but I assured them that the flavors would be perfect together in a tiny cupcake.

In my head, the banana cake would be sweet but naturally sweet. Then the creamy texture of the buttercream would take the savory curry spices and make everything just a little sweeter but it would also convert those savory spices into a different flavor. Then I searched my mind's palate and thought, "hey, yeah thats going to taste like maple!" and I knew that these little bites of banana and curry were going to be more than something quirky to write about. No, these were actually going to be really delicious.

When I took them to work, my coworkers took one and immediately said that the buttercream was really good. They tasted the richness of the butter and the little bit of cream cheese that was in there but when I asked them to identify any other flavor, they couldn't. And who doesnt immediately recognize curry?!

One taster said that they were afraid of trying it, but that the curry was so subtle and mellow that it was a perfect combination. That was probably the best comment I could have recieved on something so...scary. I mean, seriouly, the looks I got when I told people I was putting curry in a cupcake should have been enough to send me back to my kitchen with my head down. But it worked. Jerks. :)

In a totally, sonotgoingtohappen but ifitdidIwoulddie comment from my boss, after tasting them, and seeing how cute these little things were, she said that we should just put them in our case at work and call them Mariel's Minis. Again, Im pretty sure that will never come to be a reality, seeing as how we have to go through so much to put something on our shelves but the fact that she said that was really, really sweet and it made me believe in what I do here just a little bit more. 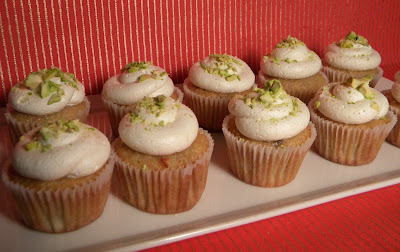 These pictures were taken in my new "studio"...which consists of a thumb tack, binder clip, desk lamp and scotch tape. Pretty ghetto, but I loved the way these pictures came out.
Posted by Mariel at 7:17 PM No comments: 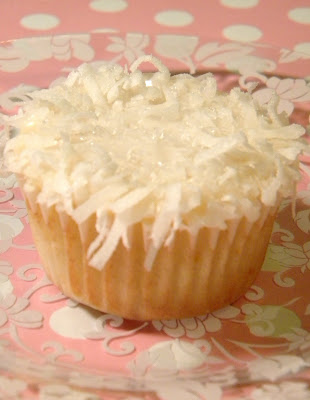 The flavor of coconut blends into fragrant lemon. Vegan and delicious with a texture so soft that eggs and butter aren't missed at all.
Posted by Mariel at 7:44 PM 1 comment: